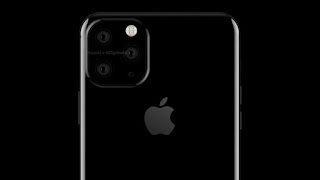 Apple  has sent out invites confirming rumors that its next major press event will happen on September 10. The event is expected to focus on the iPhone 11, unveiling three different models — the standard 11, as well as two Pro options.
If this happens, it would mark a subtle-but-significant shift in the way Apple structures its phone lineup. With a lower-priced flagship replacing the budget XR, the company could appeal to consumers who’ve been turned off by the rising prices for higher-end options.